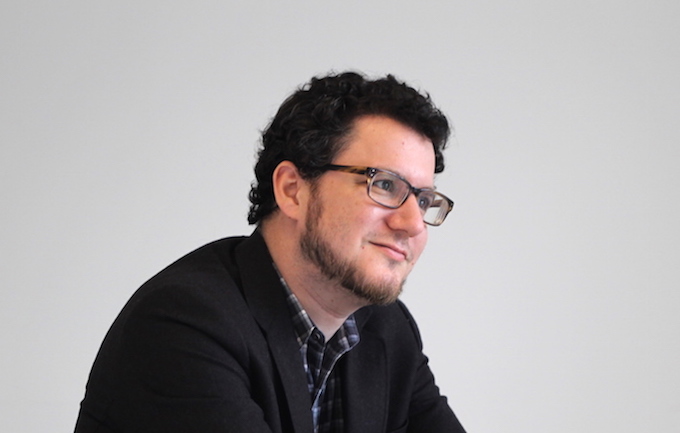 Eric Ries is the successful author of The Lean Startup, one of the best introduction to the Lean Startup method. Eric Ries is an engineer at heart, knows agile well and is using many agile element in his version of Lean Startup. We interviewed Eric Ries last week when he was in Amsterdam and asked for his view on agile.

Background and essence of Lean Startup

The Lean Startup method is a method that helps teams develop new products and services. Since its invention/discovery around 2010, it has become very popular: First amongst small tech startups, later also amongst large corporations, including ING, who invited Eric Ries to Amsterdam.

Lean Startup is not a single method, but a set of best practices combined with a vision on what a startup  really is. The core of Lean startup is often described by a set of slogans and principles:

In his talks Eric Ries mentions “poster Lean” as a risk: teams have heard the slogans and try to put these into practice, but fail to put the more difficult elements in place. Many such teams fail to learn anything from their experiments and this is waste of time and effort. To help teams avoid this mistake, Eric Ries emphasises the underlying elements and practices that are less sexy, but make Lean startup a rigorous method.

As you can see, the overview is based upon “build measure learn”. Especially on the build and measure sides we see many software development recommendations: unit tests, continuous integration, refactoring, usability tests and split tests. Eric Ries emphasizes that the most successful teams (the teams that learn the fastest) are the teams that use a rigorous, structured approach, based on scientific and engineering principles. These teams try to measure the value of each change and are investing heavily in building a product that is ‘agile’: that can be changed easily for new experiments. Agile build is definitely a very important element of Lean startup. Any startup CEO that wants to innovate based on the lean principles, needs software developers in her team that are extremely good in agile development.

We interviewed Eric Ries during the Fintech ‘Breaking Barriers’ event. More  on the background of the event can  be found in this Breaking Barriers report, and more on Eric Ries’ view on Fintech in this interview. During the interview we also had the chance to ask several agile-related questions.

Many agile books emphasize on the people aspects of development, and spend most times talking about human aspects. The Lean startups books (from you and for instance Ash) do not seem to focus on these aspects but rather focus on technical aspects like measures and KPIs. Why is that?

Respect for people is one of the Lean Startup principles. In the Lean Startup pyramid, people are the pinnacle of the model. So people are important. However, I do not believe that talking about respecting people is a good way of achieving it: the books talking about human aspects are not helping people change these aspects. You need to install other elements, mechanisms, tools, metrics in order to make a change. This is the reason why the Lean Startup books are focused on the mechanisms used to create the culture change that is needed to achieve respect for people.

You are a very traditional author: books with lots of text, designed to be read from start to end, with one author. Why not experiment like many agile authors?

The situation when creating the first Lean startup books is different from the situation when the first agile. The agile ideas where less radical than the Lean startup ideas: there was a large group of agile ‘founders’: in total 17 people signed the Agile Manifesto (Dutch translation here) when it was first published in 2001. Many of them were already respected as engineers, and their ideas sounded natural to a large group of people already. This made it easier for them to get their method understood that it was to get people to understand Lean Startup. The ideas were more alien and radical to many people (they probably still are, even though Lean startup has become popular) and therefore we wrote them down in a more traditional way. I know the agile landscape quite well and talked to many of the original signatories of the agile manifesto, and not all of them are happy about the way agile turned out: the concept of agile, even though it is widely accepted, has been watered down during this process: many practices that are called agile are not best practices in the eyes of the original agile authors.

Many agile best practices are also present in Lean. One element not present in agile but very important in Lean is a pivot: a company changing their focus completely. Can you tell exactly what a pivot is , and when it is needed?

A pivot is a change in strategy without a change in vision. It can be small change (same service, different target customers) or a large change (completely new product and business model). I advise teams to pivot when their experiments have diminishing returns, to becomes time to pivot.

If you would like to know more about Lean startup, Eric Ries’ Lean Startup is one of the best introductions. Many teams that want to start in practice, then read Running Lean from Ash Maurya (we interviewed Ash Maurya when he was in The Netherlands). Also useful are Business Model Generation and Value proposition design. We created a short list of Lean startup terms to help you understand the basics, and we also have a Lean Startup workshop where we put it all into practice. Contact us for more details.