Public perception on the responsibility for incidents involving autonomous vehicles 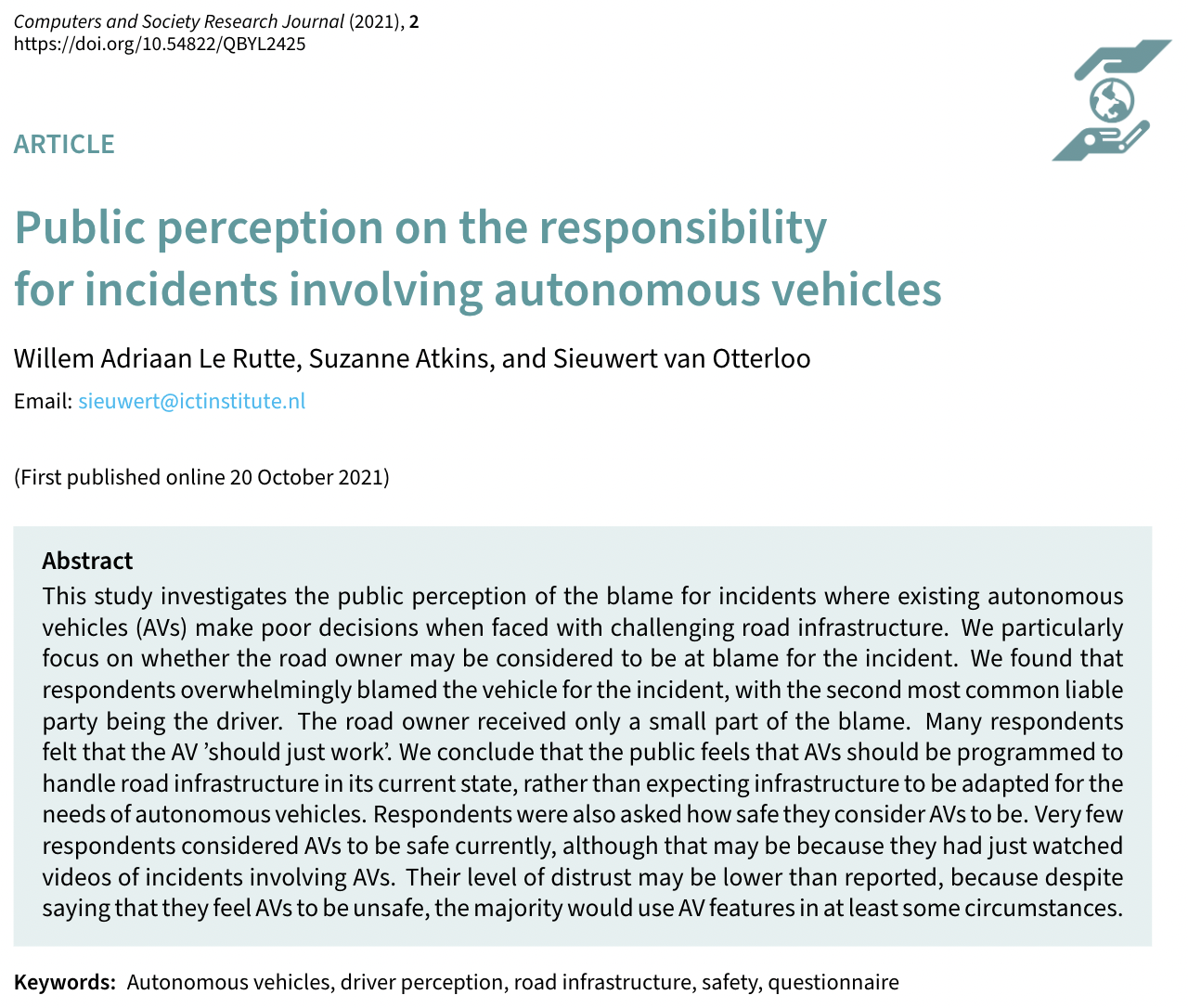 Autonomous vehicles, often called self-driving cars, sometimes make mistakes. We published an article in “Computers and Society Research Journal” about public perception of blame for incidents involving autonomous vehicles. If an autonomous vehicle makes a mistake when driving on a difficult road, is the driver, the manufacturer or road owner to blame?

We conducted a survey to investigate the public perception of the blame for incidents where autonomous vehicles (AVs) make poor decisions when faced with challenging road infrastructure. Respondents overwhelmingly blamed the vehicle for the incident, with the second most common liable party being the driver. The road owner received only a small part of the blame. Based on our survey results, the public feels that AVs should be programmed to handle road infrastructure in its current state, rather than expecting infrastructure to be adapted for the needs of autonomous vehicles. Respondents were also asked how safe they consider AVs to be. Very few respondents considered AVs to be safe currently, although that may be because they had just watched videos of incidents involving AVs. Despite saying that they feel AVs to be unsafe, the majority would use AV features in at least some circumstances.

We showed participants the following video fragments during the survey: